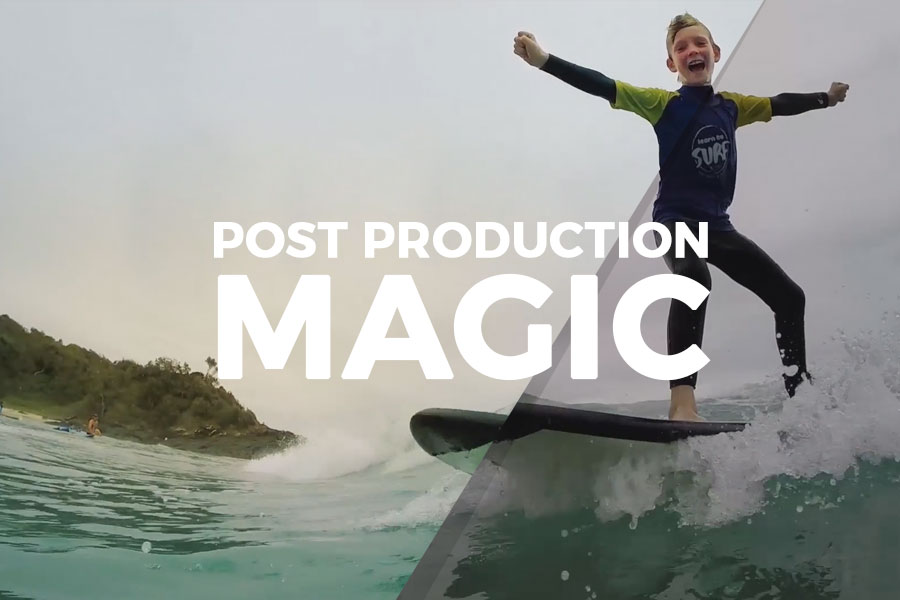 Lighting is a photographer’s best friend. Perfect lighting is hard to come by when you’re not in the studio. In the great outdoors, the weather and time of day can often determine the results of your efforts. We recently shot an ad for Port Macquarie Surf School and the weather gave us the best of one world and the worst of another. And that's where post production comes in...

We shot an ad for Port Macquarie Surf School last month to a tight schedule. We wanted to capture the fun of learning to surf as well as Port Macquarie’s signature aqua-blue surf.

A week of grey skies meant beautiful, flat light that’s great for shooting people. Unfortunately it also turned the turquoise waves to a sombre grey ocean. Waiting for a sunny day may seem like the obvious solution but that has its own drawbacks with hard light and heavy shadows. So we shot our ad and put our post production thinking caps on.

Something that many people don’t see behind the scenes is the colour correction and effects that goes into every ad we produce. Usually it’s subtle: we’re just tweaking to make the images crisp and bright. But sometimes it’s hours of hard work and this ad was a challenge. 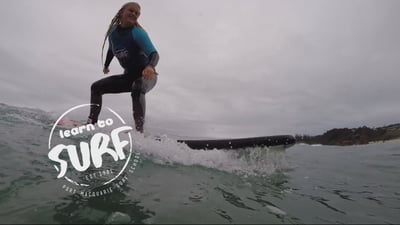 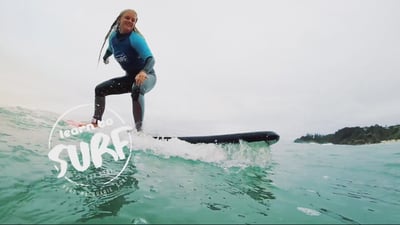 Before & after colour correction

There were a few things that needed fixing in post-production. The blanket of clouds worked as a perfect light diffuser that left us with lovely soft lighting. This means everything is beautifully exposed. We don’t end up with blown out highlights or blacked out shadows. However, without much light, the subjects are a little dark, the shots are grey, the ocean looks stormy and the cloud creates a moody blanket over everything that’s at odds with the fun vibe the ad needs.

First we lightened up all the shots. Bright, vibrant imagery is what we want to convey a sense of fun and approachability. You can’t go too far or the sky will blow out (solid white sky never looks good) so we tipped it as far as it would go whilst keeping a touch of texture in the clouds.

Next we added blue and cyan – both the sky and the ocean really needed it. It’s a bit of an art form to produce just the right colour without causing objects (pixelated blocks of colour) or looking ‘fake’.

Unfortunately, fixing the ocean and sky turned each subjects face blue as well. We painstakingly masked and tracked hands and faces and made them brighter and warmer than the rest of the image.

We were nearly there! But adding a whole lot of blue made the scene look flat and the day still looked fairly dull and overcast. Unless we spent days on this there was no hiding it was a grey day. The solution was to invent a filtered ‘sun’. By just overlaying a golden glow on the horizon we created the illusion that an early morning sun was filtering through the clouds from just below the horizon.

Check out the finished product below…