Paper Towns: How we helped a small signage company stand out

Marketing isn’t an exact science. It has its roots in psychology and statistics and then there’s a dash of guesswork thrown in. You can know the audience, you can look at their purchasing trends and you can study the economics of the area, the year and the time of year you want to advertise. But the tricky bit is creating a piece of advertising that will stand out in the market and appeal to your audience.

For that you need creativity and good instincts. For a signage printer we think standing out is especially important because it’s their game.This year we developed an advertising campaign for Allsopp Signs in Tamworth. They wanted an advertising package that informed their audience of their varied services and captured their attention.  So we had two roles: getting attention and educating audiences.

Our strategy was simple. A 15 and 30 second TV ad broadcast in the local area supported by a new website design. Only servicing a small, regional area TV advertising is an affordable and targeted medium for Allsopp Signs. The TV ads would inform audiences of Allsopp Sign’s services and drive them to find out more. The website would create a landing platform which would be consistent with the TV ads and provide them with the information they needed to make an informed choice of printer. We included prompts throughout their website for visitors to contact the printer.

Allsopp Signs have a vibrant orange as their brand colour and we wanted this to really pop in their advertising. We also needed to deliver a lot of information in their television commercial in a way that would still capture attention. The solution was a cityscape built from the very medium printers themselves use: paper. The challenge here was that actually creating a paper cut out animation (although an exciting idea) really wasn’t feasible within the budget. 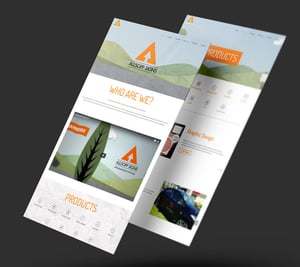 We developed a digital artwork of a complex cityscape using a vector program called illustrator. We then applied shadowing and paper textures to each element. Next we took those elements and brought them to life in After Effects, a compositing program. The resulting animation takes us on a tour of a little pastel paper town where bright orange speech bubbles point to billboards, flyers, shop signage and more to indicate Allsopp Signs services. Our visuals are accompanied by a fun soundtrack with calm and confident voiceover.

In essence we created an ad we believe shows audiences the large range of print products and services Allsopp Signs provide in a way that is strongly branded and visually interesting. And we’ve followed that style through to the web design. An animated banner on their website emulates the TV commercials and reinforces their branding through repetition (a fundamental of advertising).

Share
Holiday Advertising: Why Holiday makers are engaged consumers
Is Radio Worth It? Cutting Through the Static